What is coral bleaching?

Corals bleach when they are stressed. The bleached coral on the left was turned upside down! Obviously a stressful position for a colony of animals that rely on tiny little plants inside their bodies to make food from sunlight.
A coral colony may be partially bleached, with white portions on only parts of the colony.

Or a colony can be completely bleached.

On a reef, bleaching can occur on only some of the hard corals while the rest remain normal. 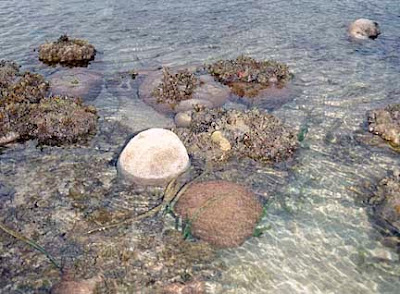 Or it can happen to a large number of colonies with only a few remaining normal. 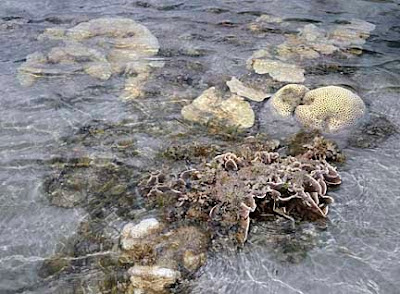 What is coral bleaching?

Coral are colonies of tiny animals called polyps. Each polyp lives inside a little hard skeleton. The huge colony is made up of the skeletons of countless polyps.

The polyps of all reef-building hard corals harbour microscopic, single-celled algae (called zooxanthellae). The polyp provides the zooxanthellae with shelter and minerals. The zooxanthellae carry out photosynthesis inside the polyp and share the food produced with the polyp. Corals generally have white colour skeletons, which is believed to assist in photosynthensis by reflecting light onto the zooxanthellae.

When there is massive loss of zooxanthellae in a hard coral colony, the polyps become colourless and the underlying white skeleton shows through. Thus patches of the colony appear pale, white or 'bleached'. The polyps are still alive and the hard coral is not dead (yet).
Without the food provided by the lost zooxanthellae, the polyps will be stressed and prone to diseases. Skeleton production and reproduction are also affected. Once the cause of bleaching is removed, however, polyps may eventually regain zooxanthellae (which live freely in the water) and thus recover their health. But prolonged bleaching can kill corals and seriously damage large sections of a reef.

Hard corals can get rid of foul stuff to some extent. They do this by secreting mucus which sloughs off taking with it the offending stuff.

But producing the mucus takes energy. And having to do it frequently and in copious quantities can cause stress to the corals. 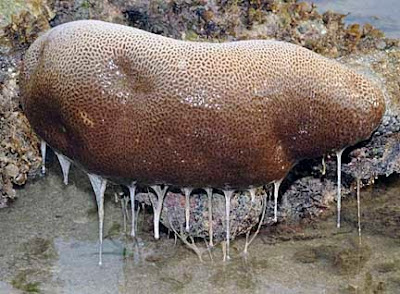 Bleaching doesn't only happen to hard corals, but may also affect other animals that harbour symbiotic algae can also bleach. These include leathery soft corals (Family Alcyoniidae). 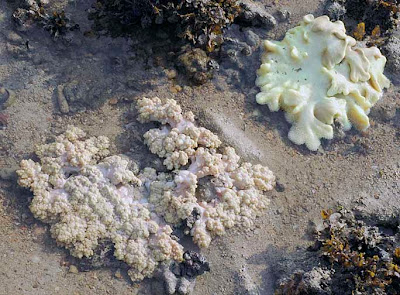 These can also 'slime' to get rid of stuff of their colony surface. 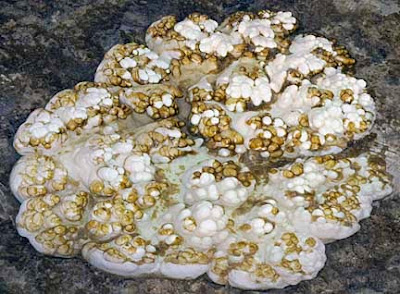 Other sea creatures that can bleach include sea anemones. Here is a bleaching Giant carpet anemone (Stichodactyla gigantea). 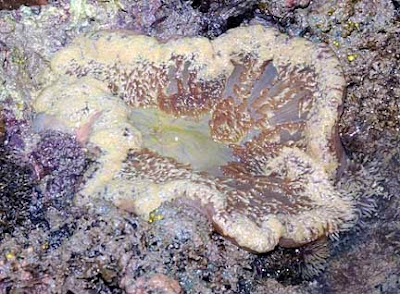 What happened at the last mass bleaching of corals in Singapore in 1998?